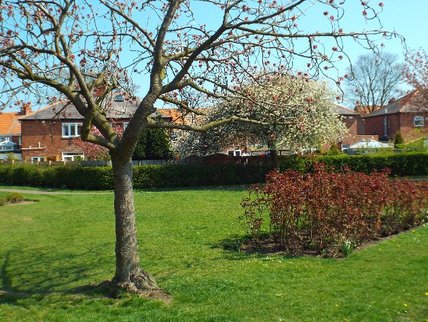 Crawford park sits in a sheltered area between Melbourne Crescent and Wembley Avenue with entrances on Crawford Place and Seatonville Road, Monkseaton.

When the surrounding streets were built up during the 1920s, the park was incorporated and laid out as a small recreational area comprising lawns, flower beds, two tennis courts and a bowling green.

The basic layout of the park has remained almost unchanged since it was built, and it is still in regular use, particularly by Crawford Park Bowling Club where frequent seasonal tournaments and matches are held.

On the 15th September a meeting was held to form a bowling club , Crawford Park Bowling Club, to commence playing in the 1954 season.

Mr. Saunders was forced to resign due to leaving the district.
Mr. R. Armstrong was elected Secretary.

The first AGM was held in Kay’s Café Cauldwell Lane when the first constitution was approved.
Alderman R.M. Charlton was elected first President. 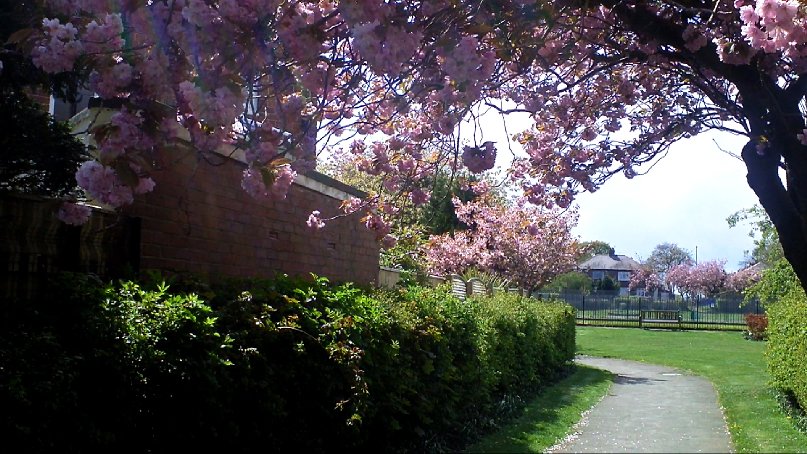 Entrance from Crawford Place
Powered by